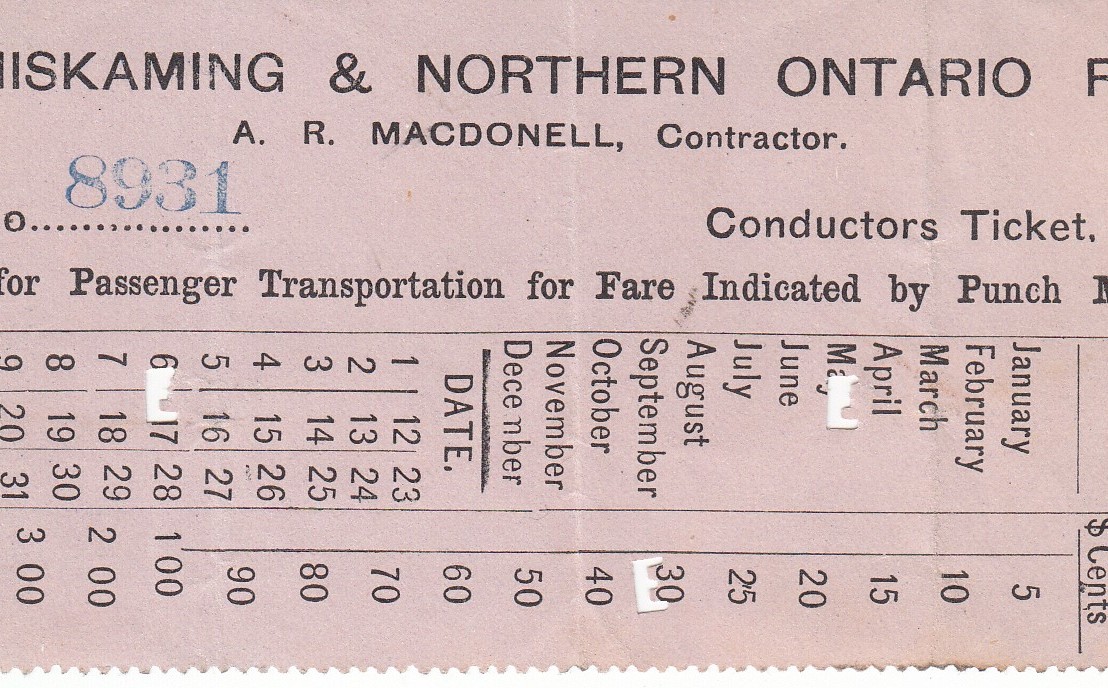 About a year ago, in November 2018, the Cobalt Historical Society received a donation from the Cramahe Heritage Board: two large boxes of letters, business documents and other ephemera that belonged to Albert Norton Morgan – a lawyer from New Liskeard.

The bulk of the collection is letters from his family – wife, siblings, and father. The rest is an assortment of mementos, programs, and business documents that he kept from his school days, his early days as a lawyer in Fergus, and from his life in New Liskeard – roughly the first fifteen years of the 20th century.

For the most part, the papers are in marvelous shape, considering their age, and the fact they had been sitting in storage in a garage before they found their way to us.

Back in 2018, I was busy with another project so I put the boxes aside. Finally, after just over a year, I have begun to process the contents of this treasure trove.  I plan to sort the papers according to the final repository – that is the Cobalt Mining Museum, the Haileybury Heritage Museum, or the Little Clay Belt Museum in New Liskeard.

Some of the letters pertain to his dealings with Cobalt mines and businesses, but the bulk is related to New Liskeard and the work Morgan did there as lawyer, Mason, board member, councilman, military leader, and of course, family man.

While I sort, I will digitize some of the more interesting bits and share them here and on social media. I may have to develop a better system though, because EVERYthing seems interesting at this point!

Without further ado (more than a year is ado enough, don’t you agree?) I present a gallery of images of my first day at the scanner. Click on the images for captions. Enjoy! 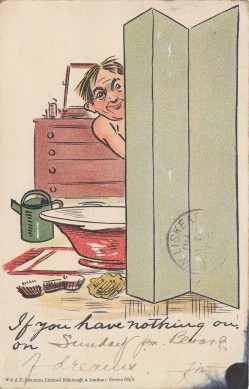 On the reverse is the postmark Montreal May 5, 1905 – a comical invitation “if you have nothing on, on Sunday PM – beware of dreams (?)

A rather stern-sounding notice about an overdue library book. It appears that Morgan was not fined for his oversight! 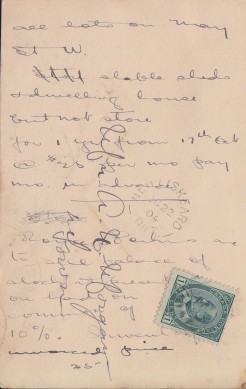 A rare sample of Morgan’s handwriting on the address portion of the previous overdue library book notice. 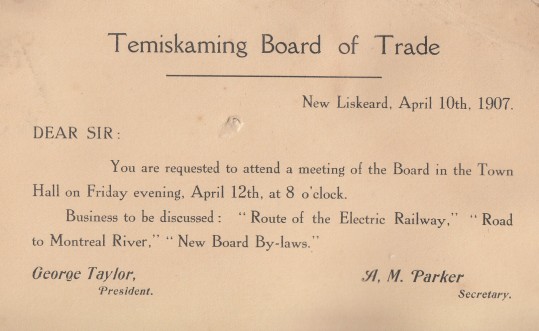 Among his many committee obligations, Morgan was part of the Temiskaming Board of Trade. For this April 1907 meeting the agenda included: Route of Electric Railway; Road to Montreal River; board by-laws.

This tissue thin document packs a weighty message. It’s just a freight receipt. All rather banal and hardly worth keeping. Unless you know the subtext. Miss C Morgan took delivery of an office desk and supplies October 27, 1915. The goods were shipped from Morgan’s office in New Liskeard to his sister Constance in Brockville. The same papers and letters that are with me, now.